Today I went on a training morning entitled ‘Depression – how can we help’ Nice and light for a Wednesday morning. I figured, being the super vicars wife that I am, and our churches family outreach worker it would give me some super sparkly skills in supporting those both in my church and community walking through depression.

What I did not anticipate was it also touching the apparently still raw nerve of my own experience.

I think we all too quickly believe or hope that when we have come through something, whether that be depression, anxiety whatever it may be, that we magically come out the other side and it no longer impacts us. “I am free from… it doesn’t have power over me any longer”.

And while that may be true for some, for me it would appear that my experience with depression and an eating disorder are things which remain with me. Maybe not on a daily basis but they quietly linger in the background waiting to trip me up if I’ll let them.

But…I am not the same person as 7 years ago! That shame and guilt and isolation does not have the power it once did! I am more self aware than I was then, I am better at practising self care and asking for help, support, advice when I need it, I hold onto the truths God has spoken even though I may not always feel like they are true.

There have been times I have prayed for complete freedom but today I realised that I actually value that thorn in my side, it reminds me of who I am and who God is. It reminds me that God knows the plan and he asks me to trust him in it. I do not want that thorn removed because it gives me great empathy and a heart for those walking a similar journey and it gives me hope, a hope for my future and for yours.

I’m reminded of my new tattoo 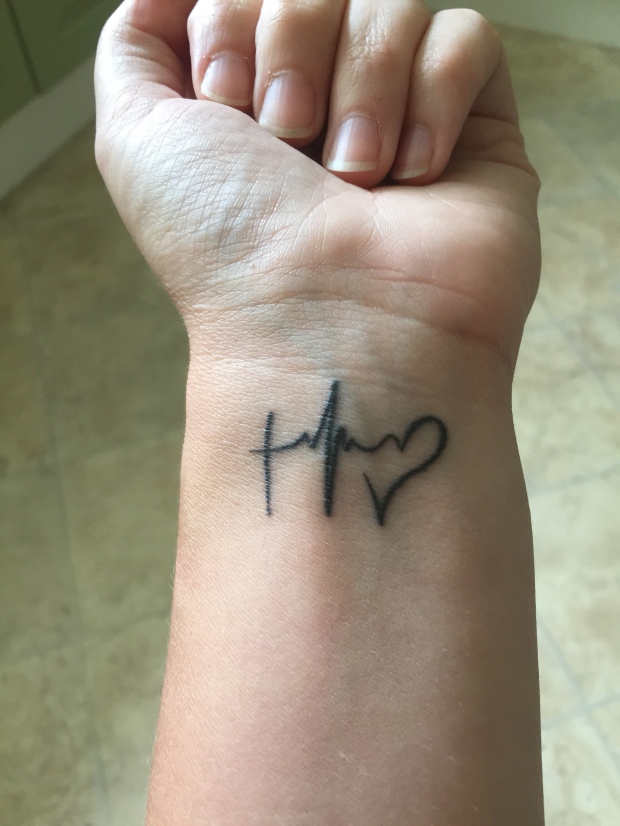 Because of my faith I can have a hope in my future and from that place of faith and hope I can love others as Christ loves me.

I have always thought there are situations I would never want to be in because I would have no idea what to do or say. Where you wish someone more knowledgeable, wiser, better equipped, more this, more that, would come along and step in.

Today, one of those things happened.

Driving home on the M23 from my weekly food shop the traffic in front of me came to a abrupt stop. Trying to look the couple of cars ahead of me to see what the hold up way (I had ice cream in the boot) I saw a woman in the road with another woman trying to get her to the side of the carriage way and out of the line of cars and lorry which had swerved to avoid hitting her.

I saw her at the side of the carriage way highly emotional with a couple stood in front of her looking completely overwhelmed and in shock.

How easy would it have been for me to just carry on driving. I mean there were other people with her. Plus, what could I possibly do to help, if just get in the way. But something prompted me to pull over, let’s call the prompting what it was…The Holy Spirit. I managed to cut across the three lanes of traffic, pulled over and headed towards them.

“Can I do anything to help?” (Oh dear God, please give me what I need to help)

I have just finished reading Bob Goff’s books Love Does and Everybody Always. And the overriding message I’ve taken on board is that we are to show God’s love by loving people and to do that Always. Love everybody always. Simple!

Its not rocket science, it is simple, love your neighbour, that person you see at school, work, that person who gives you the creeps who who you find a bit weird, no matter how difficult or different, love them, 30 seconds at a time. That’s what I did today, I didn’t think how poorly equipped I was to help this suffering woman in front of me, I didn’t make excuses as to why I couldn’t help (i mentioned my I ice cream didn’t I?!) I didn’t wish someone else would come along but I showed her Jesus’ love for her. I didn’t preach that message at her or bash her with my Bible but I told her who she was as a child of God. I told her she was loved, that she was precious, that she had worth and that she was worth more than walking out in front of a motorway full of traffic. Because that is was Jesus would have done, he wouldn’t have chastised her, he wouldn’t have made her feel shame or unworthy, he wouldn’t have criticised her or berated her, he wouldn’t have called her selfish but he would have held her and looked into her eyes and told her that he knew her name and that she mattered to him. 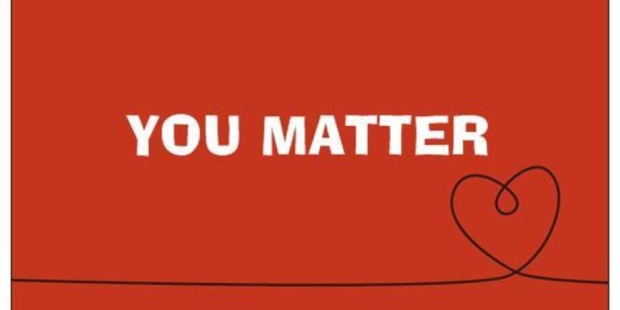 It’s not hard to do that for another human being. It’s what I would want someone to do for me. We are all to often in a rush to get on with our busy lives that we don’t see or have the time to help those around us who are in need. It doesn’t take much to ask someone how they are and not accept “I’m fine” as an answer.